Our TEFL course in Nepal is based in the country’s capital city, Kathmandu. As well as being the country’s capital city, it is also the largest and most developed city in Nepal, with a population of over half a million people. The city is home to a wide variety of ethnic groups, one of the largest being the Newars who are famed for their skills as craftsmen and traders. In fact, it is the importance of Nepal as a trade route between India and Tibet that has led, in part, to the country becoming popular as a tourist destination.

According to ancient folklore, the city was originally designed in the shape of the Khukuri knife, a traditional weapon and tool made famous by the legendary Gurkha soldiers. Durbar Square is located at the ‘handle of the knife’ and is surrounded by temples, monuments and the Royal Palace. From here the city’s oldest districts flow to the southwest and the northeast, while the city’s most popular shopping district, New Road, stretches to the east of the square. Here you will also find much of the city’s budget accommodation, in the areas of Thamel to the north and Jhochhen (known as Freak Street) to the south of Durbar Square.

Kathmandu’s suburban areas lie mainly to the east of Kantipath, the main north-south road; this area contains some important landmarks, namely the Royal Palace and the Tundikhel (parade ground). Stretching south from the palace gates you will find Durbar Marg, a wide thoroughfare which is the main location for the city’s more upmarket hotels and restaurants. Another sight to look out for is the Temple of Swayambhu. The temple is perched on top of a hill to the west of the Bishnumati River and can be reached on foot. 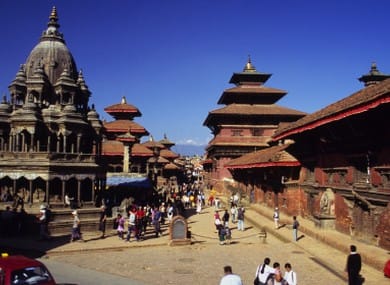 As anyone who has ever visited Nepal will tell you, it is undoubtedly a magical place. The country is widely known for its location amongst the awe inspiring peaks and foothills which make up the Himalaya mountain range. However, Nepal is also blessed with a warm hearted and welcoming population, an endless array of ancient temples and a surprisingly diverse landscape which offers some of the best hiking opportunities anywhere in the world. Although Nepal is far from being a rich country in a financial sense, this wonderful mix of people, culture, history and natural beauty make it seem incredibly rich indeed.

All in all, the country of Nepal has something for everyone to enjoy, from the magnificence of the mountain ranges, to the bustling street markets of Kathmandu, every visitor will find something about Nepal that will stay with them forever. As the country is home to eight of the ten highest mountains in the world, it is fair to say that Nepal is truly the top of the world. 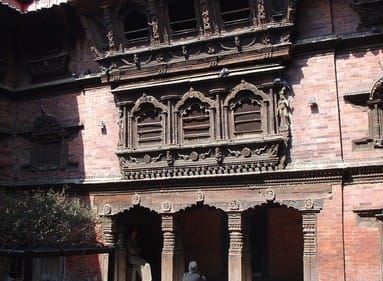 Our TEFL Course in Nepal is based in a language school located in the centre of the city of Kathmandu. The school was first established in 2008 and has since become a highly respected institute which is well known for its experience of teaching English as a second language.

If the weather is fine you can spend your breaks and mealtimes unwinding in the school’s relaxing garden, there is also a small canteen on the premises which sells hot and cold drinks. Around the local area you will find plenty of local shops selling snacks and other items. There are also a variety of restaurants in the vicinity of the school where you can enjoy local dishes, as well as western style food.

We are presently in the process of establishing a new course in Kathmandu and therefore there are currently no dates available for this location. We anticipate that the course should be running here within the next 6-8 months. If you would like to attend a course at this location, please let us know and we will send you full information you as soon as the course dates are finalized.

Please check out our other course locations if you wish to attend a course before this one becomes available...

The total price is divided into: deposit and balance.

The deposit may be paid via a) credit card b) Paypal c) wire transfer d) Western Union.

The balance of the course fee must be paid by cash, PayPal or bank transfer directly to the training center on the first day of the course.

(to be paid in advance)

You are not obliged to use the accommodation provided by the school and you are welcome to make your own accommodation arrangements. If you choose to use our accommodation, it should be paid for either by cash, PayPal or bank transfer directly to the school at the start of the course. 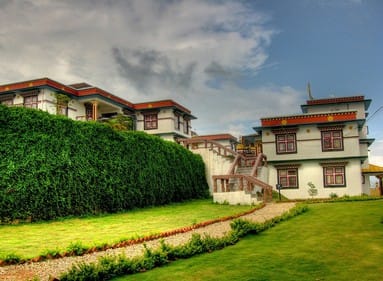 If Nepal is your choice of location for taking a TEFL course then we are happy to offer you a choice of accommodation options in Kathmandu. We have a working relationship with a number of different hotels in the city which have various options to suit your personal requirements and budget. All of our recommended hotels have been personally inspected to ensure they provide a good standard of cleanliness and service.

Our basic hotel accommodation options start from around US$ 407 for the duration of your course, for a single room without air conditioning. In this price range there is a choice of single, double or twin rooms which are generally equipped with a desk, wardrobe and a private bathroom with hot water. Some of these rooms are also equipped with a television.

Our standard hotel accommodation options start from around US$ 559 for the duration of your course. The hotel options in this range provide similar room facilities as those above; however, these hotels will also offer various extra services and a higher overall standard.

Our course administrator can provide further details of each of our accommodation options in Kathmandu, however, you are free to make your own arrangements if you would prefer. We strongly advise that you book your accommodation as early as possible to ensure you have the widest choice available.