Situated on the southern tip of Africa where the Atlantic and Indian oceans meet, Cape Town offers visitors a wide variety of breathtaking views and exciting activities. With a skyline dominated by the majestic Table Mountain, there is so much to see and do in Cape Town that you are sure to never be bored during your stay.

Known as the “Mother City”, Cape Town is the oldest city in South Africa with a history dating back to the 1400s when Portuguese explorers first noted the region on their travels. The city’s long and rich history can be explored at the many museums that can be found throughout Cape Town. The modern city has a well-developed urban center and is nestled within an area of outstanding natural beauty.

Cape Town has a thriving sports scene with rugby and cricket both very popular and the city hosted several matches in the 2010 FIFA World Cup. Water sports such as surfing and kitesurfing are also very popular at the beaches and bays around the city. International sporting events are one reason for the increase in tourism in recent years and this has led to development of the city’s infrastructure with services such as the Myciti bus service being implemented. Myciti bus routes take you all over the city to some of the most interesting and popular sites including; Table Mountain, Green Point, Sea Point, Mouille Point, V&A Waterfront, Camps Bay and others. 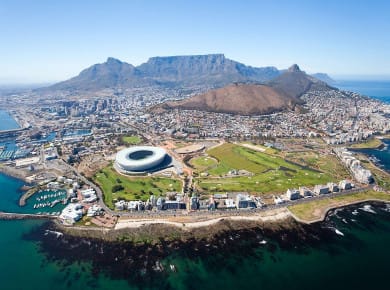 In addition to the natural beauty and sporting possibilities, Cape Town has a thriving nightlife that comes alive as the sun goes down. Theaters, music venues, restaurants and bars buzz with excitement as locals and visitors alike enjoy the city’s atmosphere after dark.

The growth of non-native English speakers visiting the country has seen an increased demand for English language instruction from those wishing to study in an English-speaking country. 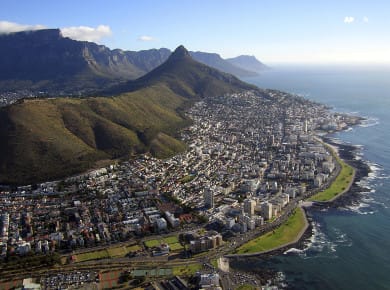 Our South Africa TEFL course takes place in one Cape Town’s largest malls providing you with easy access to all the amenities and services you could need during your time with us. The mall is a paved area where you can safely stroll around and take in the sights and sounds of local vendors.

We have excellent facilities at the training center and you are sure to feel right at home with us in Cape Town. We aim to provide a supportive and comfortable learning environment for all of our trainees and as classes are relatively small you will be able to receive individual support should you need it.

Our course instructors are experienced English teachers who will help you make the most of your time with us and equip you with the skills needed to be an effective English teacher. If you want to earn an internationally recognised TEFL certificate in a fascinating and beautiful location, then our in-class TEFL course in Cape Town, South Africa is the perfect choice for you.

We are presently in the process of establishing a new course in Cape Town and therefore there are currently no dates available for this location. We anticipate that the course should be running here within the next 6-8 months. If you would like to attend a course at this location, please let us know and we will send you full information you as soon as the course dates are finalized.

Please check out our other course locations if you wish to attend a course before this one becomes available...

The total price is divided into: deposit and balance.

The deposit may be paid via a) credit card b) Paypal c) wire transfer d) Western Union.

The balance of the course fee must be paid by cash, PayPal or bank transfer directly to the training center on the first day of the course.

(to be paid in advance)

Special offer for deposits paid before the end of this month: $200 discount!

You are not obliged to use the accommodation provided by the school and you are welcome to make your own accommodation arrangements. If you choose to use our accommodation, it should be paid for either by cash, PayPal or bank transfer directly to the school at the start of the course. 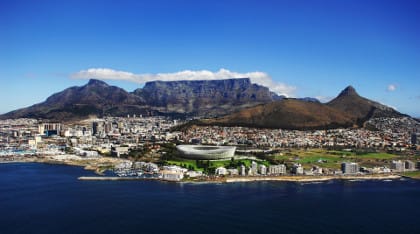 We offer numerous types of accommodation for our course participants to choose from. One of these is the option to stay in the home of a local host family where you will be made to feel welcome and get to experience the true Cape Town. Meals, laundry and internet access are included with this accommodation option.

Another available option is a local backpackers’ lodge five minutes from the school. If you would like to arrange private accommodation, we can help you with that.